Four Weddings and an Ordination 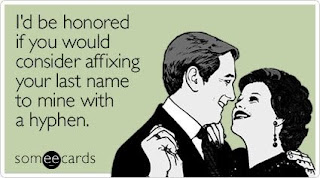 I've declared 2010 the Year of Weddings. I went through another of these right when I graduated from college (crazy kids who got married right after schoo!), and looks like year will be even crazier. SCL and I have been invited to four so far this year, two of which are less than a week apart and two time zones away from each other. And one of our friends is not only getting married, but also ordained as a minister! Needless to say, we've got quite a bit of travel planned for this summer and fall. Here's our current timeline:

We are so excited for our friends and plan to attend all of these events, which is going to mean some serious extra costs, especially when we'll have to fly to Savannah and Denver. And, I've already stated that I hate the drive to CT up I-95 and would prefer not to drive, even though it would be cheaper.

Given the extra costs, we're trying to plan ahead so as not to be caught off-guard when these dates start approaching.
I'm hoping that we might be able to make one of these trips more like a vacation (one of our goals as a couple is to take a trip together every year.) Maybe we'll splurge on a nicer place in one of the cities. But for the most part, this'll be an experiment in balancing frugal but relatively comfortable traveling.
Posted by KT My Lady at Monday, March 01, 2010